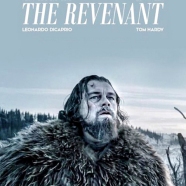 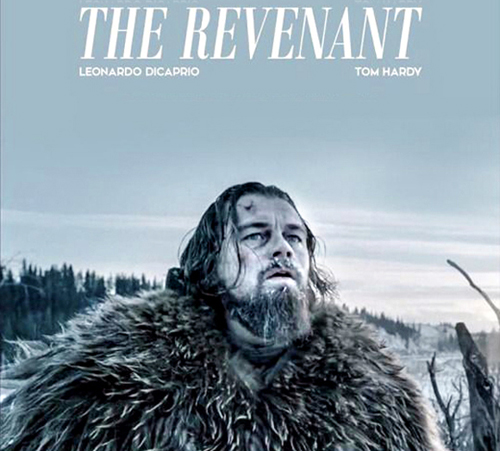 These days the word ‘epic’ is tiresomely attached to every second movie coming out of Hollywood. What it really means is grand in scale, heroic, arduous and extraordinary, and these descriptors are perfect for this adventure-revenge story that is epic in every sense. Based on fact, legend or both and set in 1823, it’s a vengeful tale of frontiersman and fur trapper Hugh Glass who was mauled by a grizzly bear and abandoned to die after witnessing his son’s murder.

It has a linear plotline with several story themes that many viewers will miss entirely, so overwhelming is Leonardo DiCaprio’s commanding performance. You could not imagine a role more different from his acclaimed performances in The Great Gatsby (2013) or The Wolf of Wall Street (2013). The action scenes are hyper-realistic to the point where you can almost smell the grizzly’s hot angry breath in your face, or feel the physical warmth on crawling into a gutted horse carcass to survive the freezing night. The natural-light cinematography is majestically beautiful, the framed landscapes pure art, and the pristine frontier a silent voice about the damage to nature not yet done by man.

Like so many frontier tales, its a one-sided colonial history where natives are demonised and the white man will eventually triumph when the Cavalry arrives; but that’s the mythology of taming the frontier wherever the story is told. At a few points, I thought of Monty Python’s sketch where the knights in armour progressively sliced off each other’s body parts but continued to battle, as the agony endured by Hugh and his swift recovery requires a suspension of disbelief to stay engaged with the story. Otherwise, this film ticks all the top boxes for storytelling, casting, filming and action. It really is an epic.