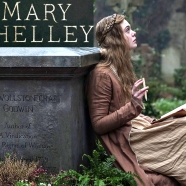 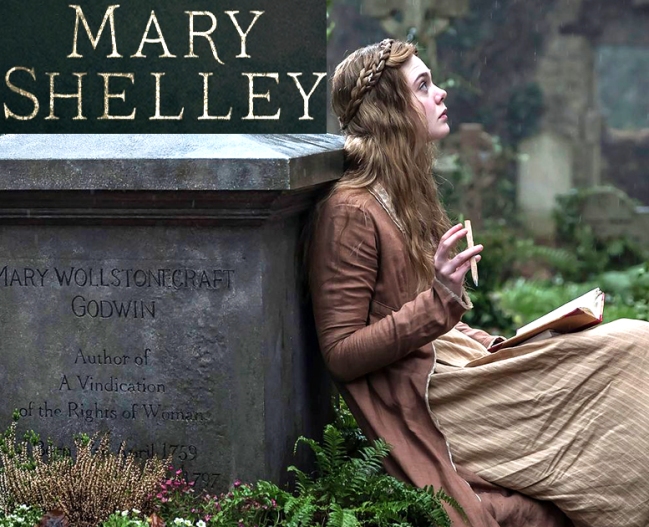 It will surprise some people to know that the first science fiction novel Frankenstein: A Modern Prometheus (1818) was written by the 18-year-old wife of celebrated poet Percy Bysshe Shelley. This literary classic was the product of a restlessly creative mind, emotional turbulence and stifling Georgian social pressures. All of it is captured by the sumptuously filmed historical bio-pic Mary Shelley (2017) which tells the story of a romantic rebel and literary feminist who spoke for her times.

The simple plotline is saturated with the tropes of feminist melodrama. An avid reader of ghost stories, the precocious Mary (Elle Fanning) was raised by author William Godwin (Stephen Dillane) after her mother, the feminist writer Mary Wollstonecraft, died soon after Mary’s birth. Encouraged to find her own writing voice, she spends her time turning her imagination into private stories until the day she is swept off her feet by the dashingly handsome Percy Shelley (Douglas Booth). As Percy is already married, scandal follows and they are cut off by their families. They run away and live happily in bohemian squalor until Mary loses her own child and Percy has an affair with her half-sister. When challenged by the decadent poet Lord Byron to write a ghost story, she draws upon her experience of abandonment, her fascination with mortality, and her tempestuous relationship with Percy to write and publish the immediately popular Frankenstein.

Successful bio-pics of great literary figures are generally character studies more than plot-driven narratives. From a literary history viewpoint, the film’s greatest achievement is in showing how Dr Victor Frankenstein’s destructive monster was itself the embodiment of Mary’s emotional world. The story is powered entirely by Elle Fanning’s brilliant performance. With an extraordinary expressive range for a young actress, she can transform herself from pain and anguish to romantic ecstasy with a simple transcendent smile that jumps off the screen. Douglass Booth is superb in his supporting role, playing the self-indulgent poet scoundrel to perfection. As you would expect with principal filming in Dublin, the sets are gorgeously authentic and the filming style deliciously gothic.

Some critics have bemoaned the decision to introduce Frankenstein only towards the end of the film. To do otherwise would have turned the novel into the subject and weaken the film’s focus on the writer.  There is great storytelling at work here: it balances period drama, feminist history, romance, and a portrait of creative genius, making this a film of many labels. It is also a satisfying psychological deconstruction of how a literary work can be a mirror of a writer’s life.