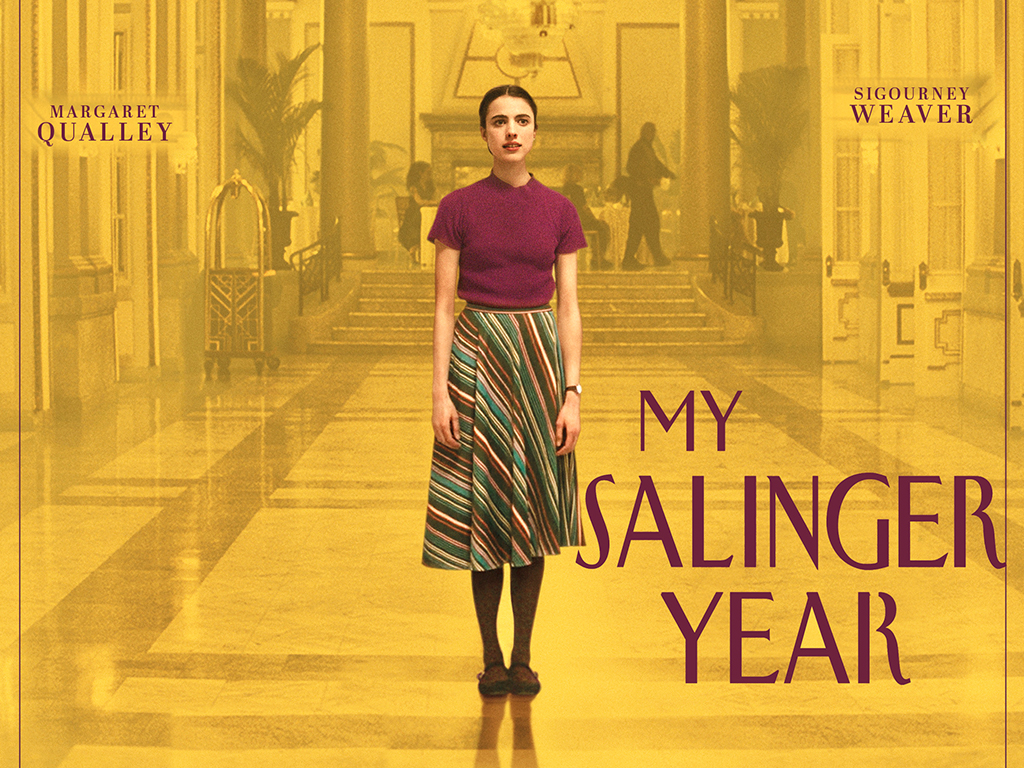 All too often a film is more noteworthy for what it is not, rather than for what it is. Contrary to what some might expect, My Salinger Year (2020) is not about the revered and reclusive J. D. Salinger who remains a shadow in the background, nor is it about the lofty world of fine literature. When you peel back the marketing gloss all you find is a coming-of-age chick-flick of limited depth.

Young wide-eyed ingenue Joanna (Margaret Qualley) quits college, leaves her boyfriend and changes city for a job in a high-profile literary agency run by a technology-averse boss called Margaret (Sigourney Weaver). Joanna aspires to one day write poetry but meanwhile her role is to respond to voluminous correspondence from Salinger fans with a standard typed reply explaining that the great writer does not respond to mail. The moral weight of this practice is made heavier through several clips that imagine earnest writers pouring their hearts out to their hero author of Catcher in the Rye. Joanna soon breaks the rule and crafts some personal responses which lands her in trouble.  She redeems herself by finding ways to be useful in the agency until she is ready to leave and pursue her writing.

If this sounds like a wafer-thin storyline, that’s because it is. Almost every narrative pivot point turns nowhere in particular as the story jumps from one inconsequential vignette to another. Apart from Salinger’s shadow, continuity of sorts is offered through Joanna’s youthful and introspective narrations. A weak romantic comedy thread is woven into the mix but there is not much to laugh at in a story that is essentially sexless and loveless. Joanna swaps boyfriends with an indifference to the film’s emotional core.

One of its saving graces is the film’s quaint depictions of the cultural clash between low-tech guardians of hi-brow literature and the 1990s onset of the digital age. The film makes much of the noble typewriter, reminding us that they have not been gone that long. Another saving grace is Qualley’s portrayal of an open-faced dreamer yearning to express herself through the written word. We see little evidence of her creative talents, so viewers hoping for a literature-themed story may be left hanging.

Labels matter and calling My Salinger Year a drama misses the mark completely. At most, this film is lightweight entertainment, the enjoyment of which is fortunately enhanced by its portrait of Joanna’s youthful aspiration, endearing persona and big innocent eyes.