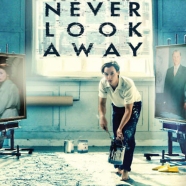 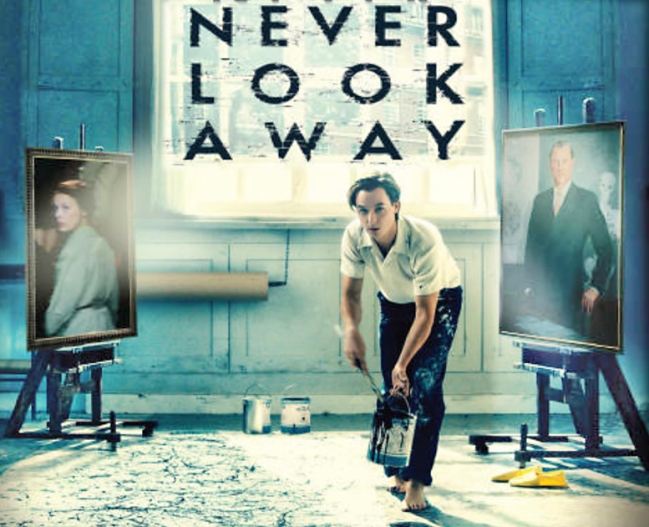 When a three-hour film feels like ninety minutes, that’s engagement. In one epic tale, Never Look Away (2018) portrays the horrors of Nazi and Communist ideology juxtaposed against the innate humanity of art, all wrapped in a love story based on the life of acclaimed German painter Gerhard Richter.

The opening scene is a guided stroll through an exhibition of what is labelled “degenerate art”: paintings and sculptures expressing humanist values as seen through the sterile twisted eyes of Nazi totalitarianism. It is the late 1930s and young Kurt (Cai Cohrs) is visiting the exhibit with his aunt Elizabeth (Saskia Rosendahl). We see his latent creativity being awakened despite Hitler’s loathing of artistic expression.

The film’s long running time allows it to take large leaps across a three-decade timeframe. The young Kurt becomes an adult (Tom Schilling) whose early painting skills are channelled into portraits of Aryan supremacy in the motherland. The Nazi regime tightens its grip on every facet of German life, resorting to forced sterilisations, mass extermination, and propaganda machines to brainwash the population. One form of brutality is replaced by another when the Russian Army marches into Germany. Kurt’s romance with fashion student Ellie (Paula Beer) lightens the narrative, only to be darkened by her father Professor Carl Seeband (Sebastian Koch), a gynaecologist with a chilling interpretation of the Hippocratic Oath.

As Kurt’s fame grows, he has new opportunities to paint, but only what his political masters want to be seen. The pivotal moment of the film is Kurt’s awareness that he cannot create under a regime of repression. Regardless of party connections, talent, race or class, totalitarianism crushes everyone and it is the artist who must confront its moral madness.

Visually rich cinematography echoes the artistic themes running through the film’s narrative layers. The pace of direction is remarkably tight given the film’s running time, and the entire cast contribute equally to a sustained tense performance. This is not a war history, nor is it about art or an artist. It is about the role of art in showing the truth.

Like many epic period dramas, the film has a message for today. When our leaders take us to the brink of civility or moral decency, or when the world around us reveals its evil side, it is up to everyone, not just artists, to ‘never look away’.