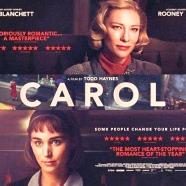 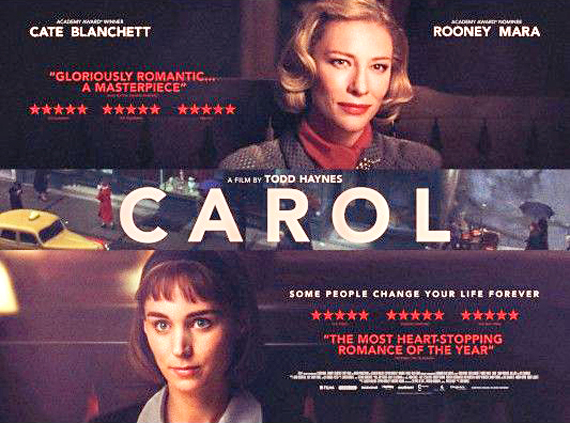 Against a backdrop of modern progress towards same-sex marriage, the 1950s story of two women finding forbidden love in each other has an old-world feel about it. But it is also a beautiful period piece that meticulously re-creates the fine detail of the era. Based on the novel The Price of Salt (1952), it tells the story of the love that could not be mentioned before the sexual revolution and it captures the moral and class tensions of mid-century Manhattan.

Worldly-wise  Carol (Cate Blanchett) is the experienced older seductress who is going through a messy divorce and custody battle.  She meets shop assistant Therese (Rooney Mara) in an up-market store and the young novice is swept away by the attractive and wealthy socialite. Their love affair inevitably hits male hurdles, and at least some narrative energy is generated not by what happens between Carol and Therese, but between them and the hostile bullies who are husband and boyfriend. The male egos are tortured by the possibility that their women could prefer women, and their attempts to control with veiled aggression put todays domestic violence dispute into an historical frame. The legal system was more brutish and it so favoured men that women had no hope of keeping their children once they were tarnished as “immoral”.