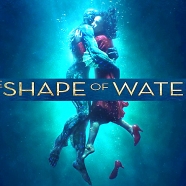 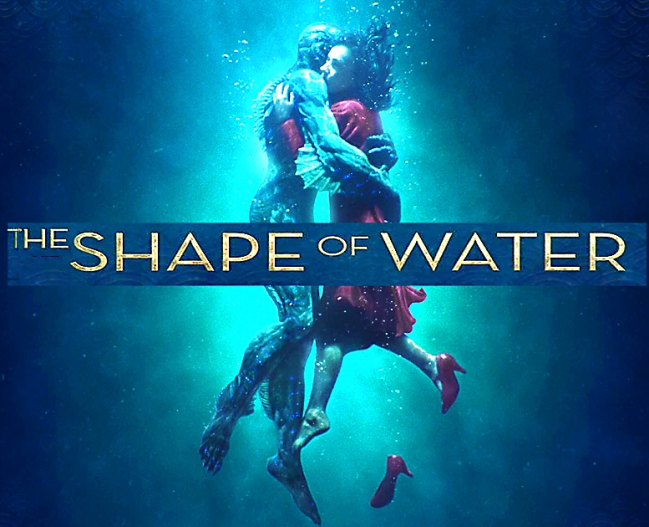 Auteurism is a key part of filmmaking mythology that leads us to view a film more favourably because of its director, actors, or cinematographer. Sight unseen, any film directed by Guillermo del Toro will attract superlatives like ‘masterpiece’, and such labels are now all over the sci-fi fantasy The Shape of Water (2017). It can be lonely for anyone to write against this tide.

Also described as an adult fairy tale, the story is set in a top-secret research facility during the 1960s Cold War. Mute cleaner Elisa (Sally Hawkins) lives alone in a small apartment above a movie theatre and lives a life of dreams and fantasy. As an introverted fringe-dweller she gravitates to other outliers, like her closeted gay neighbour Giles (Richard Jenkins) and her best friend and workmate Zelda (Octavia Spencer), an African-American who is also Elisa’s sign language translator. Elisa’s yearning for romance is answered when an amphibian monster is wheeled into the facility inside a water tank. The monster and Elisa form an immediate emotional bond and Elisa is determined to save him from the sadistic director Colonel Strickland (Michael Shannon). When the monster is scheduled for dissection Elisa and friends hatch a high-risk escape plan, with the increasingly deranged Colonel in hot pursuit.

This is a luscious production full of Gothic foreboding, dreamy underwater atmospherics, and repressed sexual desire. The kitsch retro laboratory evokes 60s sci-fi spoofs with a heavily saturated other-worldly colour palette. It is not a spectacular or even original set design nor is the monster convincing or scary. Like Elisa, he is mute and his aquatic outfit is little more elaborate than a party costume with big holes to let his lovable eyes shine through. In case we doubt who is the bad guy, the Colonel is the only one with a disintegrating gangrenous limb to signify the moral decay of male authority. Whatever narrative nuance exists is found in novel twists on the Beauty and the Beast fairy tale template where our heroine finds eternal love in a most unusual way. With neither the monster nor the narrative especially original, it is Sally Hawkins alone who holds our attention all the way to the story’s implausible ending. As she did so beautifully in Maudie (2017), Hawkins has a unique expressive talent for portraying firm resolve with fragile vulnerability.

All fairy tales have a message, although some are more obscure than others. Unlike the thematic coherance of the brilliant Pans Labyrinth (2006), del Toro has left The Shape of Water wide open for interpretation and many are applauding its ambiguity. However, like a Rorschach test, what you see depends on what is going on inside your head, whether it’s the pain of ‘otherness’ or the yearning for love, mystery, excitement, or escape. Which returns us to the label ‘masterpiece’: if you are looking for one, you will find it. Others will be more moderately entertained with an engaging adult fairy tale that has more than enough charm for a full film of enjoyment.