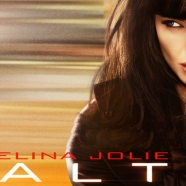 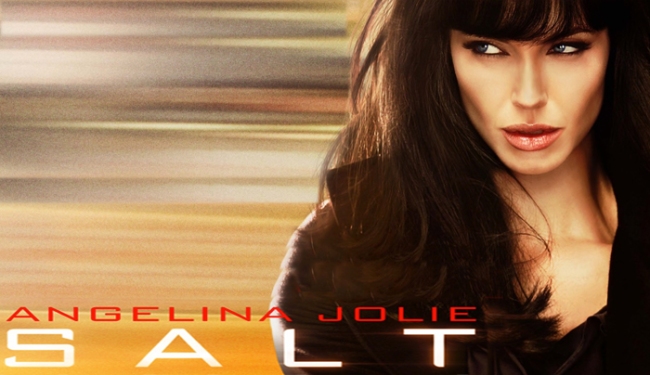 It is said that films are easy to understand and hard to explain but the concept of genre can help make sense of what we see. Salt (2010) is an excellent example of a film that is challenging to explain because it’s a complete mashup of several genres. For a start its an espionage thriller, a genre dating from the silent film era that peaked during the Space Race and Cold War when spying between superpowers reached epic proportions. They are usually stories about opposing core values like democracy versus totalitarianism with the two Goliaths in the background and spies doing the hard work. Salt mixes in two extra genre strands to spice things up: the fantasy superhero and the action adventure. These allow the film to not worry about things like narrative coherence and believability, thus allowing the director to freely range over time and space to create sound and motion for pure entertainment.

Evelyn Salt (Angeline Jolie) is a CIA officer devoted to protecting America and good guys everywhere in the world. During the interrogation of a Russian defector she is accused of being a Soviet sleeper agent. With limited presumption of innocence, she faces investigation and makes a run for freedom which appears to confirm the accusation. In the rest of the film she keeps on running, shooting, bombing, jumping from great heights and walking on walls like a spider. As the CIA is shooting to kill, she heads for the Soviet camp and has to do more killing to prove that she was really a double agent all the time. She wreaks havoc on the Soviets and escapes for home to save the world from nuclear destruction while the body count keeps rising. Was she a triple agent all the time? Or a quadruple?

Without the Jolie appeal this film would have no legs.  Despite the unspeakable things that happen to her, bruises and lacerations heal marvellously fast and the makeup is quickly fixed. The athletic and aesthetic action scenes are a delight for the male gaze and her triumph over hapless men is a plus for the feminist cause: its win-win all round. Fortunately, the filming is excellent, the pace unrelenting, and the special effects editing is tight enough to not ask much of audiences in suspending their disbelief. The narrative timeframes switch often and without warning, but if you can believe the things that Jolie does in this film, narrative is the least of your concerns in this very entertaining but logic-defying film.