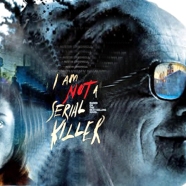 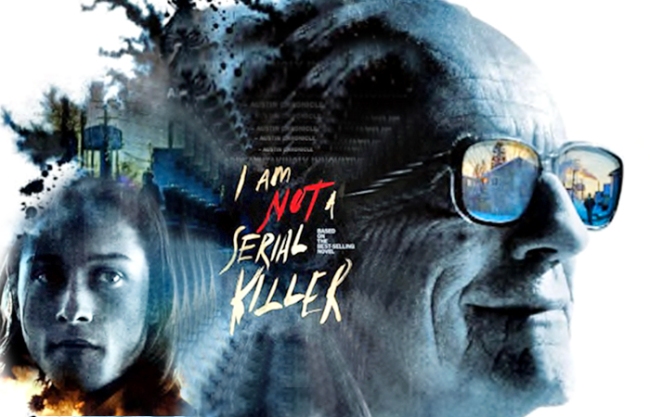 No matter how impressively a film starts, it’s the ending we remember most. A genre that all too often ends like a limp lettuce leaf is the supernatural horror and I Am Not A Serial Killer (2016) is another example of a strong starter with a lame ending. But it is still an entertaining addition to the genre because of an interesting plot twist that pits a sociopathic teenager against a senile paranormal serial killer.

Deeply troubled and from a broken home, teenager John Cleaver is a diagnosed sociopath who obsesses about serial killers and worries that he might become one. He works in the family mortuary business and watches bodies being cut up as casually as you might trim a steak. Fascinated by death and dissections, he turns sleuth after a series of gruesome hometown murders involving dissected human remains. Several parallel plotlines provide an interesting mix of narrative layers: like the nice old man called Crowley with strange habits who lives nearby; the psychiatrist who takes a special interest in John; the cute girl who wants his attention; bullying at school and a mother and principal who don’t know what to do with him. But the real energy line of the film is the cat-and-mouse chase between John and Crowley as they slowly realise that each is stalking the other.

The story unfolds convincingly but gradually drifts from strange to stranger. John’s death-fixation and unstable introspection leads to several gruesome sightings that may or may not be grounded in reality. We are not sure if what we are seeing is really happening and some of the things that do happen require a strong stomach for watching weirdness. This is a well-paced story and the twin-star acting performances sustain engagement despite becoming less and less believable. But that’s the supernatural genre for you.

Good horrors are all about atmospherics and this one has a creepy modern Gothic feel about it: bleak lighting, wintery colour palette, noir moments and empty stares into space. It could easily have sustained its own narrative premise all the way to a plausibly gory finish. But like so many horrors, for reasons unknown it throws in the towel by resorting to yet another clichéd creature that arises from dark matter to wind up the story while we go home with another horror that fails before the chequered flag. This one really had allthe ingredients to be great but falls short just when we needed it most.