Home » Academic » How did the Internet start? 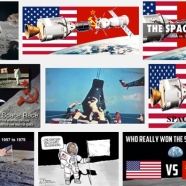 How did the Internet start?

In 1945, George Orwell coined the term “cold war” to describe a prolonged period of political confrontation between the United States and Russia. By the 1950’s, there were several military crises as the two superpowers were constantly trying to out-perform each other. Few people today know that the “Space Race” was the major stimulus for the development of the internet. In 1957, Russia took the lead with the launch of the first earth orbiting satellite, Sputnik1. America hastily increased its investment in technology and this led to rapid progress in the development of the computer and the idea of linking computers as a communication network under war conditions.

By the 1970s, the ARPANET had progressed from linking four US universities to a network of universities around the world. The mid 1980s saw the first boom in personal computers and by 1990 there were more than 300,000 hosts globally which reached a million within two years. The digital age accelerated to the point where by mid 2012 there were almost 2.5 billion internet users out of a total world population of about 7 billion. At some not too distant future, computer access will be almost universal…and it was all started by the Cold War.

← WELCOME to CineMuseFilms Can computers think? →