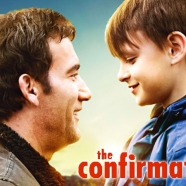 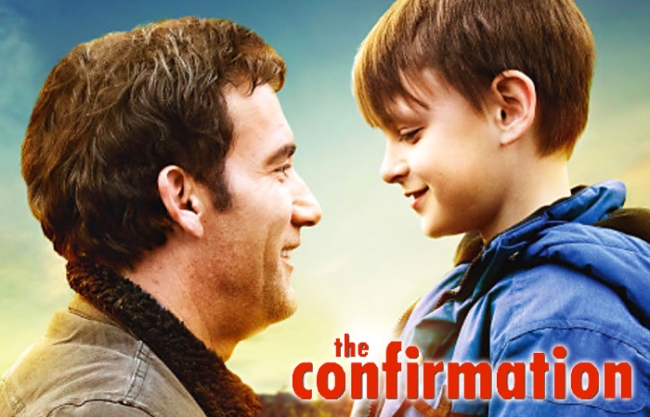 At one level The Confirmation (2016) is a simple and endearing story of a young boy spending a weekend bonding with his recovering-alcoholic father. However, the Catholic ritual in the film’s title and the church confessionals that bookend the film suggest more serious themes. Although labelled a comedy, the story is really a dramatic portrait of the growing distance between traditional notions of morality and the ethical relativities of today’s post-GFC world.

Eight year-old Anthony (Jaeden Lieberher) has not spent much time with his father Walt (Clive Owen) since the divorce, and when mum has a weekend away with her new husband it is a rare chance for father and son to bond. Walt has a lot of issues, including alcohol, unemployment, a foreclosed mortgage and a broken down truck, so the weekend does not look promising for Anthony whose confirmation is only a week away. When thieves steal Walt’s specialised hand-made carpenter tools, the pair spend the weekend tracking them down and in the process get to know each other.

It is an emotional journey through neighborhoods that have hit hard times and where even thieves are pitiable and forgiven. There are several near-encounters with real danger and scenes of conventional comedy where many conservative parental boundaries are ignored. Through it all, it is a story about an irresponsible loser whose life is being turned around through the emerging relationship with his over-responsible son.

The film starts with an impatient priest urging an innocent child to confess his sins and ends with him amazed at just how many sins can be committed in such a short time. In between, of course, Anthony had a coming of age journey in the real-world. Some may think the narrative unoriginal and the adult-child inversion a predictable cliché. But it does not look or feel like that.

This is a heart-warming and tightly scripted two-hander with everything anchored by excellent acting performances that balance emotional insight with a well-paced plotline. Owen plays an unstable but good man, and his performance is pitched at just the right level to be both convincing and likeable. However, the real star is Lieberher who authentically plays wise-beyond-his-age innocence and growing understanding of his father. Their synergy together is delightful. The moral of the story is that what priests expect and life delivers are vastly different; young Anthony has learnt more about human values in a weekend than many learn in a lifetime.