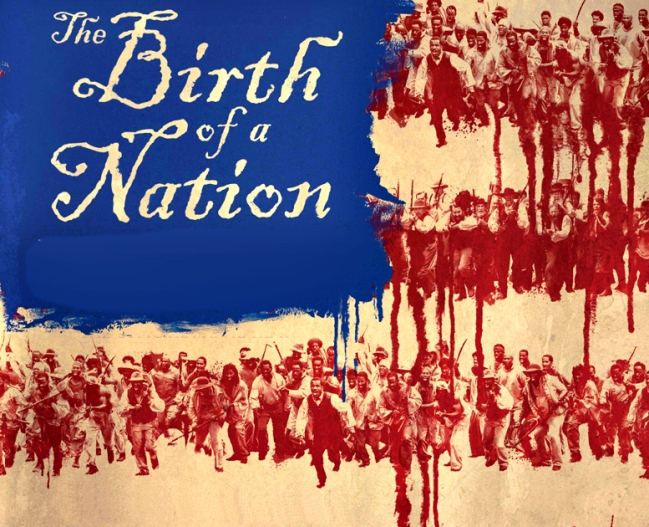 Films about racist national histories are usually about guilt and redemption. The scale of America’s film industry has given it more opportunity than others for storytelling about its past and slavery remains pivotal in its national narrative. While many slavery-themed films are framed around the fight for freedom and equality, others explore less noble themes like revenge, sexual abuse, and the manipulation of religion. These themes are the crux of The Birth of a Nation (2016).

The film’s title is an inverted homage to the notoriously racist 1915 cinematic milestone of the same name. That film led to a resurgence of the Ku Klux Klan and a century of racial turbulence that ranged from legally sanctioned violence to still unresolved systemic discrimination against African-Americans. The 2016 film is based on the legendary but true tale of black slave Nat Turner who led America’s first revolt against white owners in 1831. As a young boy, Nat was told by a shaman that his body markings signified he was a prophet. His slave-owner family made him read bible passages and he grew up to become a gifted religious orator. In harsher economic times, brutality against slaves increased and many attempted to escape. Nat’s slave-owner sold his services as a preacher, to give sermons that black servitude and white supremacy was God’s will. As he witnessed increasing violence against slaves and the violation of black women, including the rape of his wife, he turned from preacher to revolutionary. His oratory inspired others to join in a brutal rampage of white killings before he and his small army were all hanged.

This is a cinematically important film, despite the ambivalence some may have over the messianic depiction of Nat Turner (played by director Nate Parker). It has an epic quality that covers several decades of history and it reaches into the very core of American race-relations mythology. The narrative dynamic emanates centrally from Nat which sets the film on a ‘great man in history’ trajectory. However, the birth of the anti-slavery movement undoubtedly had a more complex set of social and political influences than an angry man’s quest for rape-revenge. Nate Parker skilfully manages his characterisation of the many sides of Nat Turner and he is well-supported with a predominantly African-American cast. While the depiction of brutality echoes many similar period-drama films, the triggers for rebellion portrayed in this film and the role played by religion cast the history of black America in a different light.

For the most part, this film depicts the slavery era with gritty and bloody realism.  Many viewers will wonder if the director became carried away with the theme of Turner as the slave messiah, particularly in the disappointingly corny climactic moments when he is about to enter the kingdom of angels. However, the importance of the film outweighs its uneven direction and melodramatic stereotyping by shedding light on lesser known aspects of African-American history.