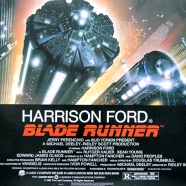 Films like Blade Runner (1982) reflect a social anxiety that the machines we build will one day control us. It seems simple now, but key steps in getting here relates to simple information indexing. Half a century ago my parents gave me a 7-volume encyclopedia called the Book of Knowledge to use through high school. My friends and other visitors would drop in to use it as a reference, and it was a source of pride and hope for my migrant parents. Its contents were organised alphabetically, with subjects listed by keywords. In the early 1960s, when the superpowers were threatening nuclear Armageddon, we naively believed we could still find everything we ever wanted to know in traditionally indexed books.

It was not understood then that both alphabetical and systemic knowledge categorisation were a “straightjacket” that constrained how we search for information (Zimmer, 2009). The evolution  of web data cross-referencing led to hyper-texting and folksonomies, the former being the dispersed linkages between web page content and the latter being user-tagging of pages based on content relevance and other criteria. The evolution of the web is poised to enter its next big phase, the semantic web. This extends hypertexting and folksonomies into a global collective intelligence that allows the internet to function more like an information processor than just an information retrieval system. In other words, the web becomes a ‘thinking’ computer.

← How did the Internet start? What is the Semantic Web? →