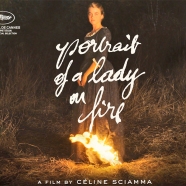 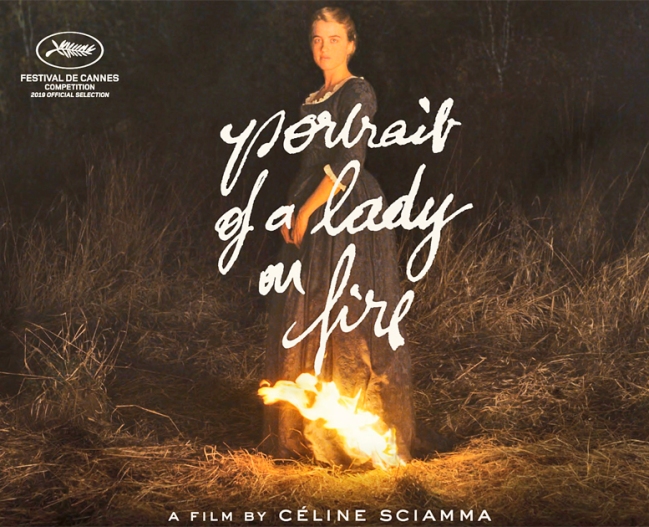 Every now and then a film comes along without a big story to tell but an extraordinarily beautiful way of telling it. Last year’s Oscar-winning Call Me By Your Name (2017) is one example, and now the French period drama Portrait of a Lady on Fire (2019) is another. Both give weight to the stylisation of social context rather than narrative, inviting the viewer to slow right down and feel the moment.

The plotline is simple and its action-curve almost glacial. We meet a young painter Marianne (Noémie Merlant) teaching art to a class of female students. She is the epitome of an 18thCentury feminine portrait, passive and elegantly composed. A student asks her about a painting standing at the back of the room. In her wistful response, the film flashbacks long ago to her arrival on a lonely island in Brittany where she was commissioned to secretly paint a pre-wedding portrait.

Her subject is Héloíse (Adéle Haenel), a young woman who refuses to pose for a traditional portrait in the hope she can delay an already arranged marriage. Marianne is hired as a walking companion to surreptitiously observe Héloíse, then paint her from memory. An imperfect portrait is produced, and Marianne confesses her duplicity. A second portrait is painted, this time with cooperation. The relationship intensifies and they become lovers. With the work complete, the forced marriage becomes possible.

Capturing the slow-burn of forbidden lesbian love on film is no longer transgressive or novel, nor are we shown new insight into the social entrapment of forced wedlock. But there are so many layers of exquisite beauty and pathos found in this film. For a start, the two principals are mesmerising in their roles, each with an expressive and penetrating gaze that speaks volumes without words. The score is loudly absent for almost the entire film, leaving empty space for sounds like a paintbrush caressing canvas, crunching footprints on sand, heavy fabrics rustling, and wave crashes to echo a spectrum of emotion. It takes fine artistry to convey sensuality and sexuality through a sigh, a glance, a light touch, without resorting to gratuitous nudity or intrusive camerawork.

The portrait theme is reflected throughout in lustrous and visceral cinematography.  Many individual shots are a masterclass in filmic composition, often using shallow depth of field to isolate, alienate, or sublimate subject and place. True to the history of women in society, the film is without false hope or a fairy tale ending. In its honesty, intimacy, and artistic expression, this film is the nearest thing to cinematic art in years.