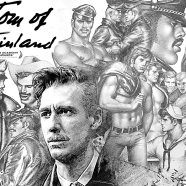 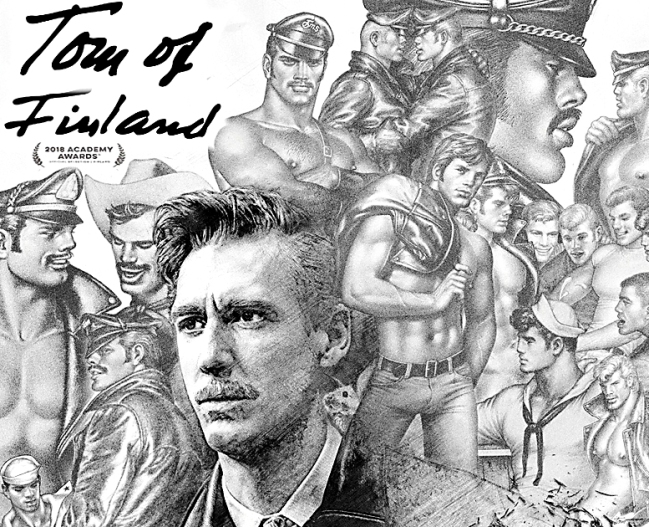 Australia is on the verge of a social milestone in the gay rights movement as it awaits the result of the marriage equality survey. This makes the historical bio-pic Tom of Finland (2017) a timely reminder of the dark history of homophobia and the liberating power of equality. It is a true story of an artist whose work became the rallying iconography for gay pride.

We meet Touko Laaksonen, aka Tom of Finland (Pekka Strang), at the end of his Finnish military service just after World War II. The army was an oppressive environment for a gay man at a time when homosexuality was a crime. Inspired by the machismo of military uniforms, Tom secretly developed what became a universal artform that became emblematic of gay culture. His sketches depicted the exaggerated muscularity and sexual power of a social underclass that was regularly lampooned as effeminate, passive and weak. Leather-clad riders on powerful bikes with bulging genitals were regarded by authorities as pornographic but they became iconic self-identity images for the gay community. His early work was dangerous: while being interrogated under suspicion of being gay, a policeman tells him “we used to throw scum like you into concentration camps”.  While he was an underground criminal in Finland, he was a hero in America. When he arrived in California he was overwhelmed by the openness of America’s gay culture, and throughout the 60s and 70s sexual revolution his work was widely exhibited and published. Today he is lauded as one of Finland’s heroes.

This story engages at several levels. It is a tale about a gay man’s coming out in a repressive society and the global impact he had on the recognition of the LGBTI community. That alone is a big story. But beyond the bio-pic narrative, there is a larger story about the power of art to transform the human condition. Across millennia, art has objectified physical beauty for visual pleasure. Tom’s creative sketches beautified the male body in a way that re-defined gay masculinity, empowering those suffering from persecuted sexuality. The strength of the film is in its capture of the mood, fashion, and upheaval of the times. In its two hours spanning four decades of change, it leaps across time and space with editing that can feel disjointed. The cinematography is excellent and the filming palette portrays the gloom of repressive Finland, brightening into the kaleidoscopic colours and music of free America. Key performances are played with understated realism to emphasise the role of Tom’s art in social change rather than Tom as a person.

If you have ever wondered what inspired the butch styles made famous by the Village People, now you know. Regardless of where this film is seen, Tom of Finland (2017) is a reminder of just how long it has taken for the gay community to enjoy equal rights and the struggles that still remain. This interesting well-made film sheds a warm light on an artist whose work has left a lasting impact on the creation of a more inclusive society.