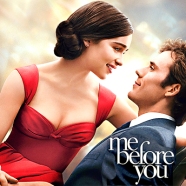 In movies, as in life, appearances can be deceptive. The trailer for Me Before You (2016) promises a sweet romantic comedy but the film is an emotionally challenging confrontation with the moral dilemmas of assisted dying. It is a beautifully sugar-coated but tragic story with a deep message that increasingly demands a societal response. Full of fairy-tale allusions, including a castle with a fallen prince and a poor girl in strange clothes, together with brilliant casting and tear-inducing imagery, the film is one of a growing number that address euthanasia themes.

The storyline is simple. Working class girl Louisa Clark (Emilia Clarke) takes a six-month contract to be a carer for quadriplegic Will Traynor (Sam Claflin). He is under the guardianship of his wealthy parents who want a fresh bright face for Will, and Louisa is delightfully quirky, chatty and absolutely zany in her dress sense. Despite a fractious beginning, they soon become deeply attached as she learns of his plan to end his life in a Swiss euthanasia clinic within six months. In the time they have left and within the constraints of his condition, they do many of the things that young lovers do, including a tropical island holiday. The most painful part of this film is the absolute nature of its impending finale. Even Will’s parents are resigned to the finality of his decision, all of which has a transformative effect on Louisa.

Emilia Clarke’s performance is the beating heart of this film. As Louisa, she is simply beyond adorable. Her face can speak volumes without opening her mouth while her eyebrows alone have a vocabulary spanning all human emotion. Will is her perfect match, with an expressiveness that glides seamlessly from brooding stoicism to irascible charm. No doubt many audiences will be happy to enjoy a bitter sweet love story told well, without dwelling on the deeper message of assisted dying. Others, however, will be struck by the force of three words that are repeated several times in the film, “it’s his choice”. They will grapple with how a person can reach such an unbearable point in their existence where they find absolutely no reason to live. As a tear-jerker rom-com, this film is right up there with the best of them but it is so much more than that. Sure, the narrative arc is laid bare right from the start, but sometimes you just have to let a movie have its way with you, as this one did with me.