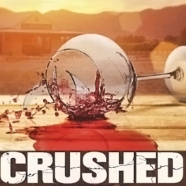 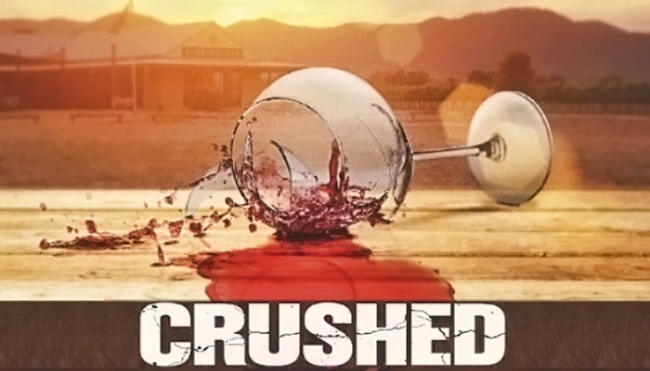 Australian filmmakers have strong form with thrillers, especially when set in our natural environment of wide red earth and rugged bushland as in the iconic Picnic at Hanging Rock (1975) and Wolf Creek (2005). Novice writer-director Megan Riakos innovates in the genre by setting Crushed (2015) in a working vineyard in rural New South Wales.  This produces a picturesque stage for a gripping thriller that delivers far more than seems possible with a tiny production budget, dozen or so actors and handful of creatives. Particularly praiseworthy is the beautiful cinematography that captures the ambience of a vigneron’s life and its contrast with the lingering menace of an unexplained death. The crushing of grapes and a daughter’s quest for the truth become the binding metaphor for the story.

The plotline is based on estranged young Ellia returning to the family vineyard after learning of her father’s apparently accidental death. As she re-enters a world she fled because of family tensions, everyone becomes a possible murder suspect and the web of suspicion grows beyond the family to include police and neighbours. Several red-herrings are dangled in fine Hitchcockian form, like the obvious uncle with the lethal glare who appears well-settled in a relationship with her mother, and it eventually emerges that almost everyone disliked her father. She is increasingly isolated and vulnerable, and even her policeman boyfriend becomes a sinister threat. For a novice director to continue building tension and plot developments throughout most of the film is quite an achievement, and the off-the-shoulder camera work adds a nervy pace to balance the fine classical framing of vineyard landscapes with anxious close-ups.

At the film’s Sydney preview Q & A session, Riakos enthused that her team opted for independence rather than the usual professional funding and assistance pathways in making Crushed. In some respects it shows. The acting ensemble could have used an experienced star persona who might have lifted and evened out performances where needed. For example, in the film’s final moments when three characters are entangled in discussion with a knife against one throat and a rifle ready to fire at others, none plausibly show fear or emotional stress. There are also parts of the narrative arc that show signs of over-cooking. Hitchcock knew that less is more: one death can make a taut thriller and five can make a farce.  As with so many films, the ending does little justice to the effort but its high-points clearly hover above its limitations. Overall, its a gripping story in a beautiful place that shows great promise for its creator.