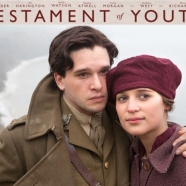 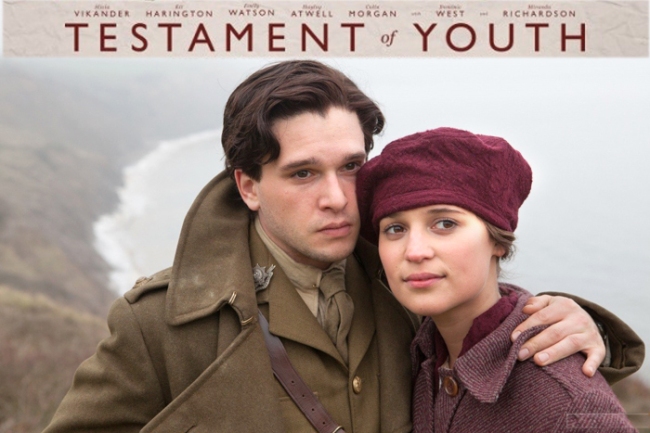 Film adaptations are the prickly thorns of cinema. They rest on a book’s reputation but are then constrained by its narrative. Originally published in 1933, Testament of Youth is the World War I memoir of Vera Brittain which has never been out of print. The film version joins a long list of similar films that explore different but essentially the same themes about the human misery of war. While the genre factories tend to wallow in the violence, mud and blood of military theatre, this British production is a restrained portrait of war that stands out from others because of the way it depicts feminist and class dynamics in an emotionally and sexually constrained world. For the most part, the story is framed in flashback, starting with the explosive joy of Armistice Day then switching to the lead up and involvement in the war for Vera and her family. The cinematography is so British, with authenticity of costumes, sets and ‘war-mood’ lighting that conveys the gloom of a dark nation.

This film belongs to actress Alicia Vikander in the role of Vera. Perhaps she is cast to contrast visual pleasure with the ugliness of war or for her acting virtuosity that spans the heights of youthful passion to the depths of war’s depravity. Whatever the reason, this is her film. While her brothers were destined for Oxford, Vera was expected to play piano, preen for a husband, and avoid paid employment as any respectable upper-middle class British girl did. But that was not Vera. She wanted to write at a time when women only wrote in the shadows, and acceptance to Oxford offered a liberated life.  Falling in love at that point in history meant her betrothed went to war soon after their first kiss. The scene where Vera turns a newspaper with pages and pages full of names of the fallen is painful and foreboding. Casting aside her ambitions she becomes a nurse and her young adulthood is forged in grief, all while showing the stoicism that is famously characteristic of a nation nestled so geographically close to enemies.

Stories from the Great War yield few surprises and few are offered in this film. History records the facts and films tell the stories. This one is a testament to the heroism of youth, especially to the noble qualities of young women who, unlike adventure-seeking young men, mostly stayed at home as the backbone of the war effort.  Vera’s story is emblematic of a generation of women who, through their personal sacrifice, held a nation together during its darkest time. In the best traditions of British filmmaking, Testament of Youth represents a contemporary need to keep these memories alive.