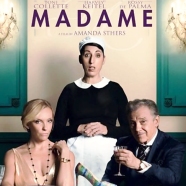 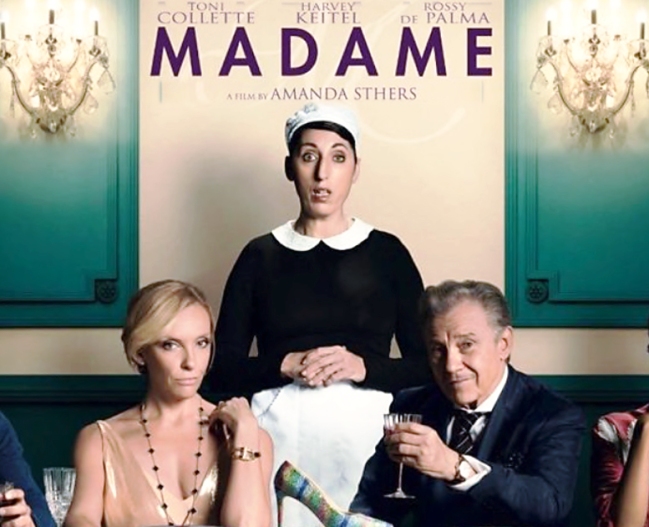 The comedy of manners genre uses satire to expose the rituals and affectations that pass for social politeness. Driven by witty dialogue and characterisation, it laughs at the best and worst in human behaviour. A good example is the comedy drama Madame (2017) that blends themes of race and class in a charming Cinderella tale of self-discovery.

The plotline is deceptively straightforward. Pretentious American couple Anne (Toni Collette) and Bob (Harvey Keitel) have rented an elegant manor in trendy Paris to impress their friends and clients. On the eve of a ‘spare-no-expense’ formal dinner a guest cancels, leaving the dinner table with an odd number of guests. Anne instructs her shy servant Maria (Rossy de Palma) to make up the number, pretend to be a Spanish lady friend, and say very little. After a few drinks, Maria becomes outgoing and is noticed by British art broker David (Michael Smiley) who is convinced she is a mysterious aristocrat. To Anne’s horror they begin seeing each other despite desperate attempts to stop them.

Woven into this simple plot is a portrait of a lowly maid hoping to be loved for who she is, not what she does. Her nemesis is Anne, the wicked witch who wants to keep her in place. While Keitel and Smiley competently fill their supporting roles, the emotional energy comes entirely from the two female stars. Collette portrays scandalised with consummate bitchery as she engineers what she calls a ‘slow-motion car crash’ and de Palma does a heart-warming rendition of the maid who dares to hope. Brilliantly filmed in Parisian locations, its narrative twists and turns play on themes of class ritual and racial stereotype. The script is at times laboured with trite references to knowing one’s place, but it is de Palma who keeps the story alive. She uses those big innocent eyes to convey how it feels to suddenly believe that someone really loves you, all while being oblivious to the masquerade into which she has been thrust. De Palma’s unconventional aesthetics become a device to highlight the deeper values of kind-hearted character and the superficiality of skin-deep beauty.

This slow-burning comedy is a study of inflated egos and natural humility. Its minimal plot allows the focus to stay on the battle between primal feminine drives, one stopping at nothing to preserve the social order, the other swept up in a Cinderella dream. Not all fairy tales have conclusive endings and nor does this one. But it has enough laughter and warm-hearted moments to be worth watching despite its BYO ending.