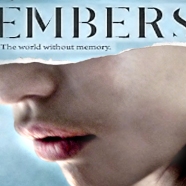 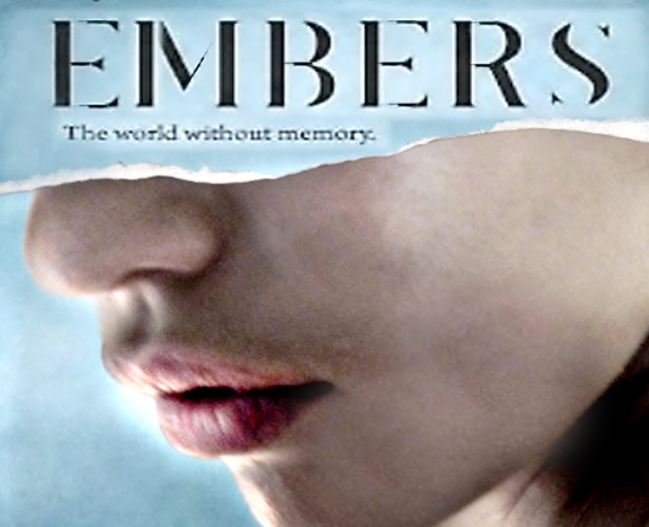 Originality is a rare treat in modern cinema and more likely found in small independent productions. Huge marketing budgets for mainstream movies flood us with hype that overshadow gems like Embers (2015). Although labelled a ‘sci-fi drama’ it is only loosely based on the tropes and conventions of science fiction. Brilliantly filmed against a dystopian background, the essence of the story could have been presented in any timeframe or setting.

Embers is a direction-less story framed around several unconnected vignettes that depict daily life for people without memory. It is set at a time and place several years after a devastating global catastrophe unleashed a neurological disease that destroyed memory functions. Amidst the ruins of civilisation, we meet a wealthy father and daughter who have survived the virus by sheltering deep inside their fully equipped high-tech bunker. The bored daughter is desperate to see the outside but the father warns that once she leaves there is no turning back. Outside we encounter several scenarios of victims whose every day starts and ends nowhere in particular because they do not remember their name, where they have been, where they are going or who they are. Their only preoccupation is finding food and staying alive. We see a former professor reading the lines of a book again and again, unable to connect their meaning to anything he learnt before. A small boy wanders from stranger to stranger without fear or memory of where he belongs. A violent youth is in a constant rampage, smashing whatever he can, but he cannot remember what has made him so angry. A couple greet each other every day as if they never met, but sense they might be related only because they are wearing similar wristbands. All are eerie scenarios that hang in limbo without connection to anything or anyone else.

This film is an open book to be interpreted as metaphor, philosophy or narrative. By depicting life without memory, the film imagines what would happen if the neurological thread that connects us to time and space suddenly unravelled. Memory is the ultimate hyper-link that connects moments to years, us to others, and a single idea to knowledge of the ages. Unlike instincts in animals, human memory allows complex learning.  The professor falls back on instinct when he cannot remember how to chop wood but with axe in hand his body responds in the correct sequence. Without memory, the violent youth cannot control his instinct to destroy, just like nations that do not learn from history and wage wars long after the threat or insult is forgotten. At all levels of interpretation, it is memory that joins the dots of life.

The line between science fiction and fantasy rests entirely on plausibility. Putting a sci-fi label on this film has kept it out of view for many audiences. It is a deep, thought-provoking film that is light on action but rich in dialogue that explores a taken-for-granted human function. It is not that far removed from reality, as amnesia and other mental impairments are well known. This film’s production values are disproportionate to its budget; it is cleverly filmed and well-acted with a script full of complex ideas that can leave you pondering deeply for days. It’s an original gem of a film.