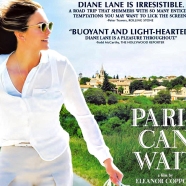 There is no escaping the three pillars of moviemaking: they have always been narrative, cinematography and emotion. If any pillar is weak, the movie struggles but if all three are weak the movie doesn’t have a chance. With an appealing plot, a favourite actress, and a road trip across France, how could Paris Can Wait (2016) not succeed?

A story of an unhurried drive through France is full of promise.  Neglected wife Anne (Diane Lane) and movie mogul husband Michael (Alec Baldwin) have been in Cannes and about to board a flight to Paris for a long-awaited holiday. At the last minute, she is advised not to fly because of an ear infection and agrees instead to be driven to Paris by her husband’s French business associate Jacques (Arnaud Viard). What was expected to be a few hours drive becomes a two-day road trip, meandering into places Anne would never have seen without Jacques’ knowledge of local attractions. Jacques is a gourmand who knows every good restaurant along the way and Anne allows him to show off his taste for fine food, French wines and other hidden cultural treasures. The trip is punctuated by long and luxurious meals, and frequent commentary on local history, architecture and customs. Despite Jacques’ flirtations, they stay in separate rooms while Anne dutifully stays in touch by phone with her by-now anxious husband and daughter. By the time they arrive in Paris, Michael is showing his wife more attention than he has for years.

For this story to work, it needs rising romantic tension, some surprising revelations or narrative twists, or at least a sense of excitement about possibilities lying in wait. Instead it is two days of small talk punctuated by Anne’s photo-taking: even when each reveals an emotional event in their lives it quickly dissolves into banal conversation without impact on their relationship or how we see them. The idea that Jacques’ flirtations might succeed with Anne is deflated by his encounters with girlfriends along the way. Even the gastronomic feasts fall flat as visual treats: one plate of something delicious quickly loses its appeal when the plates just keep coming. The photographic delights of countryside France are captured inelegantly through car windows or in other uninspiring ways, and Jacques’ informative tour-guide commentary has the tonal enthusiasm of someone reading from a travel brochure. The mediocre script is made worse by dialogue delivered as if Anne and Jacques were paced by a metronome, each taking turns to speak with the same pause between sentences. This lack of spontaneity carries throughout their journey except when Jacques’ car breaks down and he immediately springs into picnic mode, grabbing a basket of goodies, and spreading a blanket alongside a lake in a scene that is pure Monet. That’s what you do when your car breaks down in the middle of nowhere, isn’t it?

Given its quality ingredients this film should have worked. If the story represents a personal journey of self-awareness its revelations remain obscure. As it is based on the director’s real-life experience, perhaps reality got in the way of creative filmmaking. Whatever the reason, the delicious promise embedded in the wonderful title Paris Can Wait does not even come close to fulfilment.