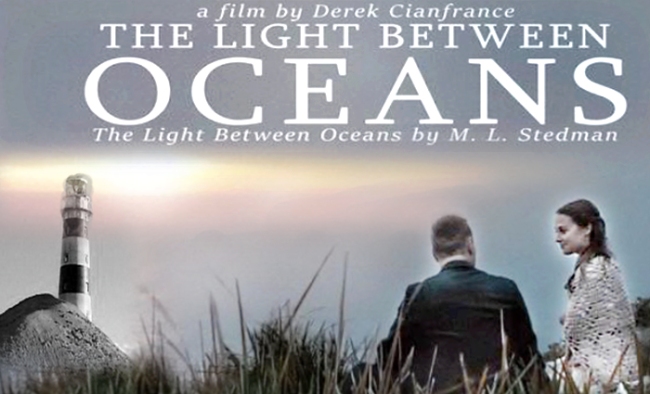 Every now and then a film comes along that reminds us of how beautiful and powerful cinema can be when it stays close to its artistic roots. Like primal colours and confident brushstrokes in a classic painting, a great film depicts strong emotion, sprung from critical life choices, in a bold palette, against natural settings. The Light Between Oceans (2016) is a beautiful and emotionally strong film. Set against a visually stunning lighthouse that stands between two raging oceans, the film’s title and place is a metaphor for an irresolvable ethical dilemma and the power of self-sacrificing love.

We meet Tom (Michael Fassbender) as an upright and emotionally scarred veteran of World War ! who seeks isolation as a lightkeeper on the lonely Western Australia coast. Soon after taking the position he marries Isabel (Alicia Vikander) and their lives are idyllic amidst the splendour of the rugged headland and its majestic beacon. But dark clouds gather after two miscarriages, and Tom is helpless to give Isobel the happiness he so desperately craves for her.

Fatefully, the roaring oceans offer up an abandoned boat with a dead man and a live baby. Despite Tom’s deep sense of wrong, they bury the body and keep the child as their own, bringing Isobel unbounded maternal joy. He later learns of a woman who lost a husband and child at sea and is tormented by their deception. They love the child, but Tom cannot continue knowing the grief his actions have caused. When he reveals the truth their world collapses.

Melodrama is inevitable in a romantic period drama and it flows freely across the landscape, the plot, and the characters. Everything about this film is intense: the deafening sound of the seas; the extraordinary beauty of the rocky headland; classically framed cinematography; and the joy and pain of Tom and Isobel’s lives. At times this intensity feels forced, as if the director is trying too hard to make us smile or cry on cue. There is little subtlety in the symbolism of clashing oceans as the echo-chamber for the conflict between happiness and doing what is right.

This film’s relentlessly poetic visual and emotional tensions can leave little room for an audience to catch its breath, but this is not unusual in the romantic period genre. The performances of the co-stars are superb: Fassbender is stoic, tense, and brooding throughout and is balanced by the exuberantly beautiful Vikander. Supported by a cast of top-shelf stars and a musical score that resonates with the film’s visual pleasures, this is a morally thoughtful film with an epic quality that lingers.