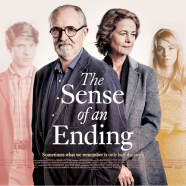 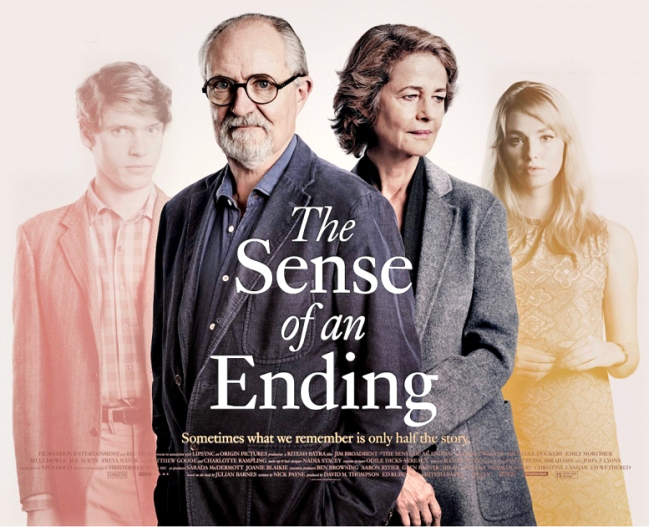 Everyone is a storyteller in their own way. Some use the big screen, others a book or a painter’s canvas, but most of us tell stories to ourselves. In 1967, acclaimed literary theorist Professor Frank Kermode published a seminal book called The Sense of an Ending: Studies in the Theory of Fiction. He argued that we all internally write the fictions of our lives into a coherent pattern so things appear to have a logical beginning, a middle and an ending. We do this to make it possible to “coexist with temporal chaos” in order to “humanise the common death”. This philosophical insight inspired the 2011 Julian Barnes novel of the same name that is now adapted in the film The Sense of an Ending (2017). Joining these dots help us to understand what this film is about.

The film plot is simple but the story complex. Retired divorcee Tony (Jim Broadbent) is known as a curmudgeon by his ex-wife Margaret (Harriet Walter) and daughter Suzie (Michelle Dockery). He busies himself in his tiny shop selling second-hand Leica cameras when one day a lawyer’s letter arrives that reopens memories of his first love. What follows is a jigsaw of glimpses into an old man’s obsessive quest for redemption as he becomes haunted by an act of spite that he believes led to the suicide of his best friend. When he renews contact with his first love Veronica (Charlotte Rampling) he must confront unresolved emotions that were buried beneath the fictions he has constructed about his life.

This slow and serious film is not for everyone. Younger people are too busy making memories to be rewriting the story of their lives. Older audiences will recognise what Tony is experiencing and empathise with his need for a ‘sense of an ending’. Despite the film’s stellar cast and fine acting, none of the characters are especially likeable, so it is possible to leave this film disengaged with the people while having been thoroughly immersed in the story. This is a well-directed dialogue-driven film. Its multiple flashbacks capture the disjointed half recalled fragments that many of us store as life memories. Most of all, it is an introspective and insightful essay on how we make sense of our lives.